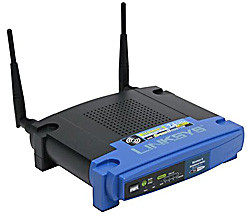 Linksys has choosen a linux based firmware for the Linksys Wireless-G Router in 2003, probably to save some licence fees. Soon some folks found that the firmware was based on open source components and linksys was under pressure to publish it´s code (because of the GPL license). That was the starting point for many of the open source community to develop some exiting features the hardware could support. Beside the same basic functions a free linux firmware could support, the router can be used as a repeater or a bridge, as a VPN server or a VoIP server, functions earlier not known in consumer-level routers. Developers created code published under the name OpenWRT. While there were some problems with several DSL connections using PPPoE in the beginning, later OpenWRT was a perfect experimental platform to optimize internet connections using VDSL.